The Mi Box S supports android games. The device comes with a Quad-core processor and 2GB RAM. The provided hardware and memory are sufficient to play the android apps and games. Use the remote that comes with the Mi Box S to play the game on your TV.

It has all the functions to play simple android games. However, it is recommended to use the gamepad to play multiplayer battlefield games on your Mi Box S TV.

Yes. Mi Box S comes with the newest version of the Android games. You can play all the games available on the android platform.

Download the game, and you will have them on your system. The remote control that comes with the Mi Box S would be your joystick. You can also connect the gamepad to have more control while playing the game.

How to Play Games on Mi Box S? (With Xiaomi Mi Bluetooth Gamepad)

The Mi Box S enables the users to play the game on the Android TV. Follow this step-by-step process to run begin playing the game on your Mi Box S.

Yes. The Mi Box S supports the game play. It comes with unique features that include the 4k Ultra HD streaming media player, Google Assistant, Chromecast built-in, etc. Turn your existing TV into a smart TV with the help of the Mi Box S device.

It is compatible with a wide range of flat-screen TVs, so you do not have to worry about their compatibility issues. Playing games on the Mi Box S would be an amazing experience. Now you can enjoy your favorite game on the Ultra HD screen.

Can I play Fortnite on Mi Box S?

Fortnite game is not listed on the Google play store. As the Mi box S supports only android games, you will not be able to download the game from the play store if it is not available. Instead, choose alternatives such as downloading the app file of Fortnite on the desktop computer and move the file to your TV storage.

Install it as you install the application on your computer. Then, go to the setting to allow the third-party application installed on your TV. Once the game is installed successfully on your TV, you can play the Fortnite game on your Mi Box S.

Can I play Call of Duty on Mi Box S?

You cannot run the Call of Duty desktop version on the Mi Box S as it is not available on the Google play store. However the Call of duty mobile version is available, but it only supports the gameplay for mobile devices.

The mobile graphic will not support the large screen. Hence the device will not allow you to install it. It is only available for mobile devices as of now. You should wait for a new release that supports the Mi Box S.

You have the option to install the desktop version directly from the USB drive. Thus, it is not recommended as it may create vulnerability to your Mi Box S. If the software of the Mi box is damaged, you will not be able to recover it easily. So do it at your own risk.

Can I play PUBG on Mi box?

No. As of now, the PUBG game is only available for mobile users. The developer may release the compatible version soon in the future launch. The game you try to play on the Mi Box S must be listed in the Google play store, and it should be compatible with the TV.

The PUBG is not compatible. Hence you search the game on Mi Box S; you will see the no result message in the search window.

Mi Box S runs the powerful android version that offers direct access to the Android play store. The game’s design for the Television would be available for download on your Mi Box S. You may download and play basic games on the Mi Box S. The multiplayer battlefield game may not be available as of now.

But do not worry. Many game developers are now preparing for TV users as well. Soon the new version of the game will be released that supports Android TV users. So stay positive and wait for the release. Meanwhile, enjoy the games that are available in the play store. 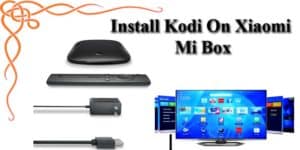 Here is everything on how to install Kodi on Xiaomi Mi Box 4.  Before starting, what is all … END_OF_DOCUMENT_TOKEN_TO_BE_REPLACED

Xiaomi Mi Box S comes with the 8G Rom and 2G RAM. The device allows you to extend the storage above … END_OF_DOCUMENT_TOKEN_TO_BE_REPLACED The article here is all about the Mi Box 4 Android TV Tips and Tricks. If you are the owner of the … END_OF_DOCUMENT_TOKEN_TO_BE_REPLACED Mi smartphones are dominating the market. Almost 3 out of 10 people have Mi phones. It is because … END_OF_DOCUMENT_TOKEN_TO_BE_REPLACED